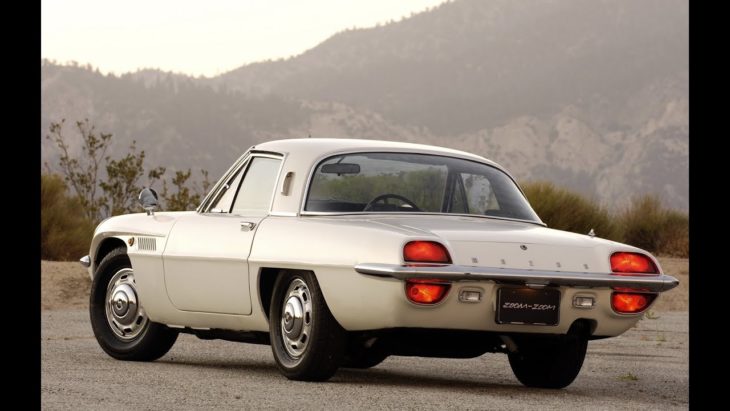 Rotary engines are also known as Wankel engines. The physical differences and conventional piston units of rotary units makes them quite unique. Moreover, the resulting characteristics are also the reason behind its peculiarity. They’re very ultra-responsive and smooth, these rotary engines also produce significantly more power per liter than mechanical-drag fighting piston engines.

Admittedly, rotary units tend to consume a lot and are dirtier than piston engines, but if cleaned up, their better power-to-weight ratio makes them an ideal choice for lightweight sports cars.

Let’s have a look at some of the best rotary-powered cars.

The A1 e-Tron concept appeared in the year 2010 as a vision of how a future small car could be powered. This car could run on electricity or a combination of both the engine and motors. Weighing 1190kg even with the batteries and motors, though it isn’t very punchy while moving. It draws power from a 12-kWh lithium-ion battery pack mounted below the floor and has a continuous power output of 61 hp and 111 lb-ft of torque.

The Mazda Cosmo is Mazda’s first rotary-powered car and for a long time, it was the company’s flagship. The Mazda Cosmo (HB) sported some outrageous interiors and pop-up headlights. It might not be the prettiest thing in the world but today it has a warm retro charm to it.

The 1967 Ro 80 was a four-door saloon aimed at families in former West Germany. It was the first Western car maker to build a rotary-engine car. The Comotor-built Wankel measured 995cc and delivered a very healthy 106bhp to the front.

The gorgeous Citroen GS also called the GZ but usually known as the Birotor. Two Wankel rotors operated in perfect harmony to give a nice and smooth power delivery that went hand-in-hand with Citroen’s hydropneumatic suspension.

Once it was released, the 1970s oil crisis hit and the thirsty Birotorcame crashing down. Just 847 were reportedly sold. The Citroen potentially tried to disown the model altogether, initially refusing to supply spare parts for the existing owners.

The Chevrolet Aerovette was an absolute masterpiece of American design. Two two-rotor Chevrolet Vega engines were combined and the car got renamed to XP-895. It produced 420bhp and sounded good, but like with other rotary-powered cars of the era, the oil crisis ruined its chances for future production. In the year 1976, the Wankel got replaced with a 6.6-liter V8, named the Aerovette and added to the 1980’s production calendar.

Some cars did better than others in life, but all of them shared the spirit of blending small capacity with a high specific output. Moreover, such rotary unit cars have a sporty feel to it. It is also important to ensure that you get hold of the best car insurance for your car.

This will allow you to enjoy the time you spend in the car knowing that you are covered by a four wheeler insurance. In case of an accident, it is one’s right to make a car insurance claim process and cover all the losses occurred.

When you apply for car insurance online, the IDV will determine the coverage value and affect the premium for your car insurance policy. So, what is IDV? The Insured Declared Value (IDV) is the current market value of your car. If the car suffers a total loss, IDV acts as compensation that the insurer will provide to the policyholder.