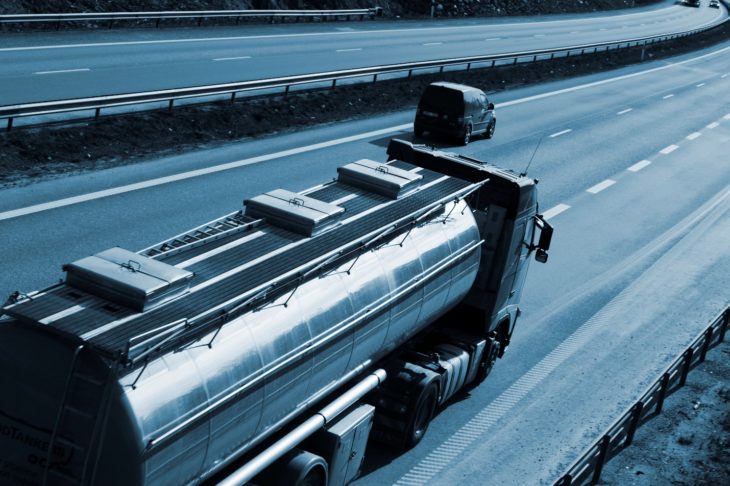 One fact drivers must be aware of as they drive along the road is the threat posed by big a lorry on the highway. A lorry can get into an accident that can prove fatal, and vehicles around such lorries can be caught up in these accidents.

We share the road with big trucks carrying loads that weigh up to 80,000 pounds and drive at high speed. Imagine what would happen if such a lorry gets into an accident – it would pose a lot of danger to other vehicles on the same road.

Sometimes, these large trucks carry flammable liquid contents like petroleum that are highly explosive, and as they transport these products, an accident involving such a truck can quickly turn nasty.

An 18 wheeler truck for example can carry tons of fuel on one trip. In the course of that trip, any crash that occurs could prove destructive because the content of the truck can spill out and cause an explosion. A fire outbreak as a result of an accident involving a diesel truck is very difficult to curtail because of the fuel which would cause the fire to burn more. Vehicles close to a truck on fire are at a high risk of getting caught up in the explosion.

It is very important for drivers to maintain a safe distance from large trucks, especially those carrying substances that are hazardous. When driving behind a large lorry, leave enough space between the lorry and your vehicle and ensure to pay attention to the movements of the lorry. It is also important to avoid overtaking a truck on the road, but if you have to, ensure you signal and indicate properly to make sure the truck driver is mindful of your vehicle, as you are mindful of his.

Every truck driver you see plying the road has a set of rules which directs his activities around a particular area. Any breach of these rules will be punished if found out. Also, if a truck gets involved in an accident resulting from negligent behaviour or plying roads they are not permitted to, they are liable to face prosecution and punishment.

If you have gotten into an accident with a lorry, it is important for you to consult Greg Baumgartner, a reputable Texas truck accident lawyer.