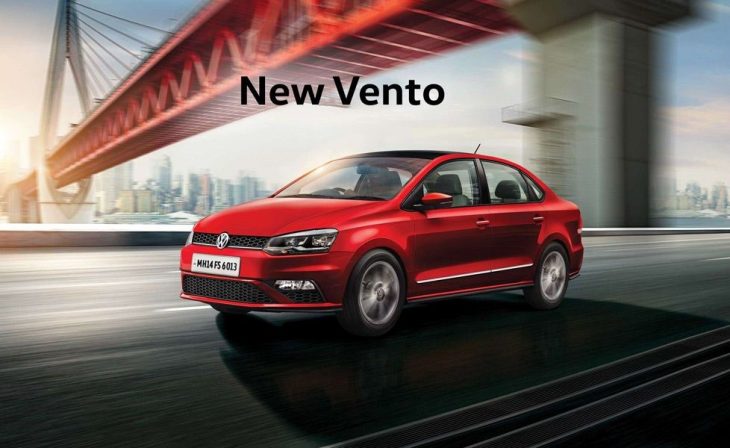 Having updating its line-up to meet the stringent BS-VI emission norms, Volkswagen has taken the opportunity to thoroughly update the Polo and Vento, its entry-level offerings in the Indian market. For those of you who may not know, these were the first cars to be updated to meet the abovesaid norms that flaunt the VW badge, followed by the launch of the already-compliant Tiguan Allspace and T-Roc a few days after.

But what are those thorough changes? Well, to the normal eye, almost nothing. The Vento carries forward the same design as the model it replaces, which, in fact, is similar to what we’ve seen over the decade. The changes, then, lie at the heart of the matter. You see, the Vento, which was earlier available with a diesel and a petrol engine, is now just a petrol-powered sedan.

It seems that Volkswagen decided to axe out the 1.5-litre TDI engine, which will not be making its way past the April 2020 deadline. However, with the BS-VI update, the 1.6-litre TSI engine is also axed out, with the Vento now only being available with a single lower-capacity engine. Have a look down below.

Considering that Volkswagen has not made any significant changes to the exterior, the specifications remain unchanged whatsoever. So, the new Volkswagen Vento still measures 4,390mm in length, 1,699mm in width, and 1,467mm in height. It has a respectable wheelbase of 2,553mm and a ground clearance of 163mm. Moreover, the base-spec variant tips the scale at a respectable 1,126kg. Further, it has a fuel tank capacity of 55-litres and a boot space capacity of 494-litres.

Under the hood, the Volkswagen Vento gets a new petrol engine. While the BS-IV spec Vento was powered by either a 1.6-litre/ 1.2-litre TSI engine or a 1.5-litre TDI unit, the BS-VI spec Vento makes do with a rather small 1.0-litre TSI mill. It is, however, a turbocharged unit and produces a respectable 108bhp and 175Nm of torque. It comes mated to a 5-speed manual gearbox as a standard fit. As for the automatic, the 7-speed DSG is replaced by a cost-effective 6-speed torque converter.

This is where the Vento has not seen any significant upgrade with the facelift. It does, however, now come with heat-insulation glass as standard, which is a helpful addition as it repels heat from the outside helping the car maintain a lower temperature. Another addition here is the Volkswagen Connect connectivity suite, which enables several remote-based controls, making the Vento a connected car.

Meanwhile, the car still gets projector headlamps with LED DRLs at the front, 16-inch gunmetal grey alloy wheels, and LED taillamps. On the inside, it gets an auto-dimming IRVM, a 6.5-inch touchscreen with Apple Carplay/Android Auto, cruise control, steering-mounted audio controls, and climate control, to name a few.

All the details regarding the Volkswagen Vento, namely, the engine, specifications, variant wise equipment, colours, dimensions, interiors, and exterior details are extensively covered in the brochure.

As of early-2020, the Volkswagen Vento is available in six variants, four in thepetrol-manual configuration, and two in the petrol-AT configuration. The prices start at Rs. 8.86 lakhs for the Trendline variant going all the way to Rs. 13.29 lakhs for the Highline Plus AT variant (all prices ex-showroom, Delhi). For the variant-wise on-road prices, visit us at autoX.

For more on the Volkswagen Vento, be sure to tune in to autoX.  Also, grab the latest info on the upcoming cars, only at autoX.