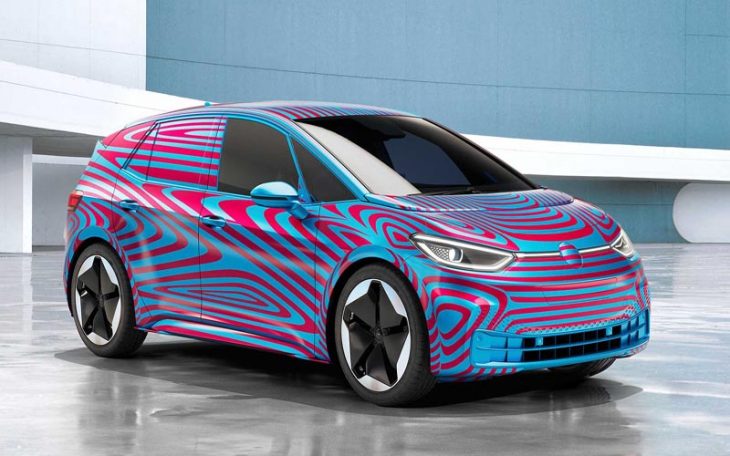 The electric car market has been progressing rapidly over the past decade, with record numbers of new EV registrations recorded in December 2019. Last year, the Frankfurt Motor Show demonstrated several new EV prototypes, including the Volkswagen ID3 and the Cupra Tavascan. Here, we’ve teamed up with Northern Powergrid, who can help with electric connection charges, to explore how the electric car market will continue to develop.

The idea of an electric car was first created by innovators from the United States, Hungary, and the Netherlands in the 19th century.

EV Thomas Edison, instrumental in pioneering electrical activity, worked on developing advanced batteries for vehicles, creating the first hybrid car. After the price drop of oil in 1920, the popularity of electric vehicles plummeted, with petrol and diesel models becoming the norm for the automotive industry.

Since then, electric cars have undoubtedly improved. Currently, there are over 255,000 electric cars on the UK’s roads. The number of charging points have increased to 29,017, over five times more than there were in 2011.

Although the average car trip in the UK is 15 miles, there is a shared concern of electric cars breaking down or running out of charge. Many years ago, this concern may have been sustained, but today’s electric cars have a full charge with the capacity of 200 miles — Autocar reported that the UK has more rapid charging points than petrol stations, which can charge your car to 80% power in 30 minutes.

It’s safe to say that the popularity of electric cars shows no signs of slowing down. The UK government has planned to ban the sales of petrol and diesel cars by 2040, as well as planning to have at least half of vehicles to be hybrid or electric by 2030 to cut down on emissions.

A number of companies are preparing for this change through EV charger installations. Electric connection company Northern Powergrid, is preparing for the surge in electric vehicles and demand for more rapid charging points, with an introduction of new charging points across 11 of its own sites to encourage employees. “We have to get hands on and lead by example,” said the company’s Head of Policy Development, Jim Cardwell. “Although colleagues frequently have to take our vehicles to places where there is no electricity, there is huge internal appetite to decarbonise as much of our fleet as possible, as soon as is practical.”

Northern Powergrid is also involved in innovating electric vehicle projects created to assist the UK transport system reduce carbon emissions. A £9.8 million collaborative project declared by the Department for Business, Energy and Industrial Strategy (BEIS) involving Nissan, will ensure the implementation of 1,000 V2G charging points. This will also include research into using electric vehicle batteries to support energy networks and customers interested in connecting their vehicles to the network.

Nissan’s EV Manager, Ed Jones, said: “We’ve always known that Nissan’s EV technology can be used for so much more than just getting people from A-to-B and we’re delighted to be sharing our expertise to help create more sustainable energy networks in the UK. Through the integration of Nissan EVs, we can find new solutions that will help shape a society whose energy use is sustainable, efficient and affordable.”

Projects like this are helping drive us to a future of electric cars and their accessible charging points. Currently, there are three types: rapid, fast, and slow. It’s clear that there are going to be huge advancements in the electric vehicle industry, with companies embracing the change and customers accepting the models.