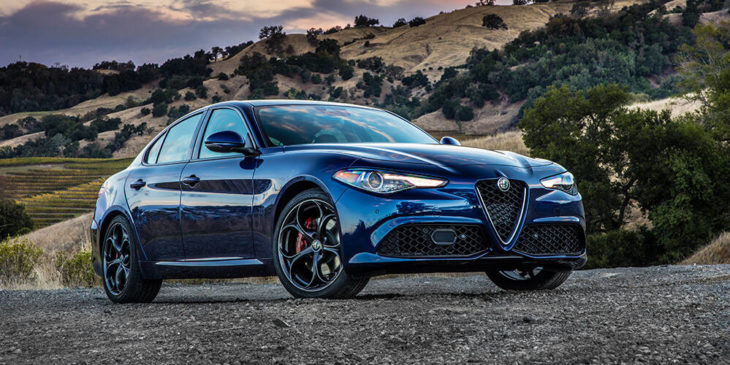 Who doesn’t know about Alfa Romeos? Australia loves these cars. Established in 1910, as A.L.F. A., this luxury Italian brand of sports vehicles has been making waves across the world, particularly in Australian and European Markets.

Earlier this year, the company launched Guilia QV – a high-performance beauty that was quoted at a starting price of whopping $143,900. As per expert reviews, this Alfa Romeo outperforms and outshines its predecessor Giuletta by a mile in terms of specifications and overall performance. The response it has received is nothing short of expectations.

Well, that’s how people react to Alfa Romeos anyway. But, what is it about them that people can’t help but fall in love with them?

Here’s what we found out.

Alfa Romeo has successfully established itself as a celebrated marque in the world of automotives. They are renowned for building the most beautiful cars you could ever set your eyes on. While not everyone would agree to that, the majority of the car enthusiasts do – and that’s where Alfa Romeo seems to be winning. Simply Google images for the 8C Competizione or Tipo 33 Stradale and you’ll know what we’re talking about.

They are Engineered to Impress

When you are someone who loves to drive, what is it that you look for? It could be comfort, easy manoeuvrability, visceral pleasure – Alfa Romeo gives you all of that in the form of affordable luxury. Many may argue that they could find the same in German juggernauts like Audi, BMW, and Mercedes-Benz, but that wouldn’t be as easy on your pocket.

Nobody does sports cars better than the Italians and Alfa Romeo is no different. Alfa Romeos, like we stated earlier, are all about the drive. They are built to provide the utmost pleasure to the driver and part of that is contributed by the sound of these cars. The Alfa Romeos roar – thanks to their powerful engines, like the Ferrari-developed 2.9-litre turbocharged V6 fitted in their latest Guilia QV. Now who wouldn’t want a sporty car that looks and sounds great!

They Simply Make the Car of Choice

With Alfa Romeo, it has never been about meeting the marketing demands or what would help them sell more – their trade off has always been about exceptional aesthetics and the enjoyable drive. Look inside an Alfa Romeo and you will see the sleek steering wheel, the huge gauges, and the radical curves of the console that make it appear like a supercar. William Sims – the person who has owned around 60 cars during his lifetime says his top 5 picks for steering precision and responsiveness to driver input will all be Alfa Romeos. Now beat that!

Unfortunately, even with all the passion, power, and aesthetics put into design and engineering of Alfa Romeos, there are some that have displayed usability flaws and occasional breakdowns. Thanks to the likes of http://www.automoda.com.au/, dealing with these setbacks is not a major issue anymore.

It doesn’t matter what generation of car enthusiasts you belong to, Alfa Romeos have the charm and the looks to appeal to people of all ages. Perhaps, that’s the main reason why people fall in love with them so easily.