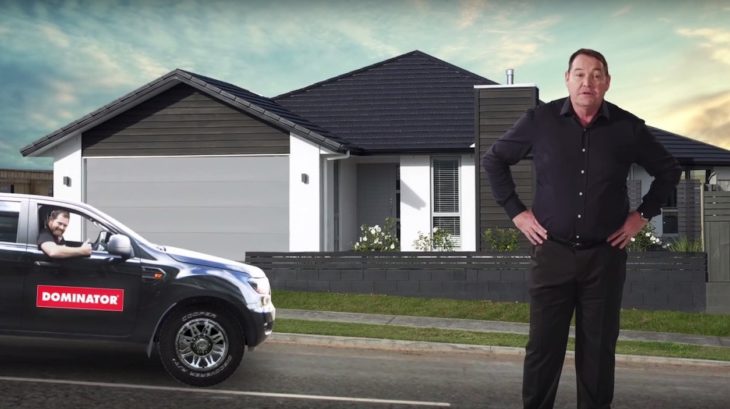 Facing up to reality, we are all a sucker for a good advertising campaign. Marketing executives know more about us than we know about ourselves. They know what makes us tick and what is likely to make us get up from the sofa and walk straight into the path of their product. Take Nike’s, ‘Just Do It’, for example. We’ve all been lazing about before, considering going to the gym or going out for a run, and then on comes the Nike ad. We soon realise to ourselves that our old trainers don’t quite cut the bill anymore, the heel is worn, and quite frankly, they don’t look fashionable. What that translates to is a sale for Nike. But, what is more likely to encourage us to buy those new shoes, football boots, or golf clubs? Seeing a celebrity using them is exactly what will.

Like Mike, the 2002 movie featuring Lil Bow Wow, is based around a young aspiring basketballer finding the shoes worn by NBA legend Michael Jordan, putting them on, and instantly discovering he had his talent. Michael Jordan, one of the most decorated sports stars in history, was, an effective pioneer in terms of sports advertising. In 1985, at the age of 21, every time he stepped onto the court, he incurred a fine from the NBA of US$5000. The tariff was decided as Jordan’s shoes didn’t match that of the rest of his team. But why was Michael prepared to take such a heavy financial punishment? Because, he’d signed a deal with Nike worth US$1.4 million a year, just to wear their shoes.

Celebrity endorsements had been done before Jordan and they will continue long into the future. Why? Because advertisers know that when they associate an A-lister with their product, customers can place themselves in the shoes of that person.

The automotive industry is no different and, in the past, they have called upon the help of celebs to boost their sales. Let’s take a look at some of the best and worst celebrity car endorsements.

Ending an 80 year wait for a men’s single championship victory at Wimbledon, Andy Murray became a national treasure. It was no surprise then that the partnership between Andy and Jaguar, the epitome of British engineering, despite now being owned by TATA, worked perfectly. The relationship between the two did not peter out as Murray battled with injury, with 2018 seeing the star make the switch to electric, ultimately boosting brand exposure to the car manufacturer. Following a promise during World Environment Day to go electric, Jaguar had then driver, Nelson Piquet Jr, deliver a brand new I-PACE to Murray, on the court.

In a bid to reaffirm her status as Jenny from the Block, J-Lo teamed up with Fiat to encourage sales of the Italian street car, the Fiat 500. Unfortunately for both parties involved, it quickly became apparent that Jennifer hadn’t actually visited her old get-up to film the commercial, which in turn attracted a host of criticism. Her hit single Papi, which has attracted more than 378 million YouTube hits, did also see the star navigate her way through the city streets in the same car. Although not advertorial, we have seen plenty of stars scooting about in the hatchback since, including Jay Leno and Charlie Sheen.

Can you think of a better way of pushing the sale of a French car, than to get one of, if not, the best French footballer of all time behind the wheel? The former Arsenal star’s four-year team up with Renault, which saw him driving around trying to find the answer of what ‘va va voom’ meant, was such a success that the phrase was added to the English dictionary. Henry, a cool, calm, and collected man, was drafted in as the Renault Clio was simply not selling to men — it was deemed to much of a feminine car. Thanks to the help of Thierry, the demographic buying Clio’s rapidly changed and he was called upon again in 2018 to help once again promote the brand.

If you’re going to try and promote a brand-new special edition Range Rover, what better way to do it than to recruit ‘Posh’ herself? The high-end fashion designer and former Spice Girl was drafted in to help launch the new luxury Evoque model and was similarly asked to create her own version, using hints of matte black and a rose gold trim. When Posh visited a launch in China however, she spoke of how she was heavily involved in the entire design of the car, sparking outrage among designers. Victoria had been drafted in to help with certain colour changes, not the entire design, which she claimed.

England’s most capped outfield player and Manchester United’s record goal-scorer now plays in the United States for D.C. United. During his first spell at Everton, which seems like a lifetime ago, Wayne passed his driving test. Unlike many teenage footballers, who opt for the most expensive supercar they can find, the striker from Croxteth got behind the wheel of a royal blue Ford Ka, with a personalised registration reading ‘ROO NI’. Eventually, the footballer exchanged his 94bhp Ka and more recent cars have included the BMW i8 and Audi Q7. It’s hard to say how many sales Wayne encouraged, but we’re pretty sure a Blues fan somewhere will have bought one.

Drafting in a celebrity to boost your brand can be a risqué decision. On one hand, you could turn out to be like Renault or Jaguar, creating a partnership that will be remembered by the public for having a strong relationship. Alternatively, you could produce results like that of Fiat and Jennifer Lopez, that will go down in history as disastrous.