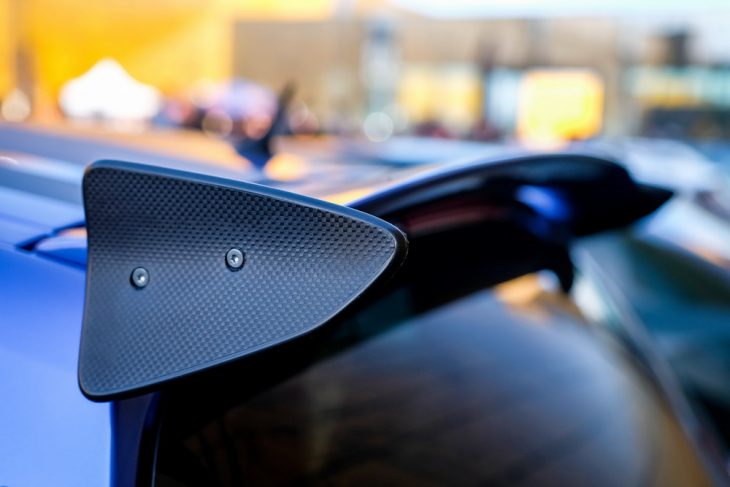 Audi’s new RS Q8 SUV is turning a lot of heads. With a sleek design and a whole lot of new carbon fiber, it is a real head turner. Yet there is something curious about this car when you look a little closer. External carbon fiber parts are finished with an opaque finish that prevents you from seeing the weave pattern typically associated with carbon fiber reinforced plastics. Some interior parts are not. They are what the industry calls ‘naked’ carbon fiber.

Seeing the contrast might lead one to wonder, “how much carbon fiber do we really want to see?” It is a legitimate question that manufacturers have to answer whenever they come up with a new carbon fiber product. Do customers want to see the weave, or would they rather not?

Opaque versus naked finishing is really a matter of aesthetic preference. A carbon fiber part with an opaque finish isn’t any stronger than a naked part. And yet, the human brain might make certain associations that could affect how receptive they are to carbon fiber construction.

Though not the norm, car bodies made entirely of carbon fiber are out there. It is not uncommon to see expensive supercars at auto shows with stunningly beautiful bodies fully showing the weave underneath. Such cars are extremely popular with car show guests. But here’s the question: will the novelty of a naked carbon fiber body eventually wear off?

Seeing that much naked carbon fiber on a daily basis might grow tiresome. No doubt it is attractive, but it’s also more difficult on the eyes. Let’s face it, the eyes and brain have to do a lot more work to make sense of a weave pattern embedded deeply in a carbon fiber reinforced plastic. For some people, it might be just too much to look at every time they go for a drive.

Another thing to consider is the lack of color. Carbon fiber fabric comes in black only. The minute you introduce some sort of die or coloring film into the fabricating process, you also create an opaque finish that hides the weave. So you cannot have it both ways. If you want naked carbon fiber, it is going to be black. Forget a cherry red or royal blue finish.

Let us scale things up by talking about passenger aircraft. According to Salt Lake City’s Rock West Composites, the aerospace industry is one of the largest consumers of carbon fiber materials in the world. Boeing’s 787 Dreamliner would never have gotten off the ground without a generous helping of carbon fiber.

As a passenger, would you be unsettled by fuselage panels made with naked carbon fiber? Would staring at the weave pattern for a five hour flight across the country bother you? For whatever reason, Boeing has decided that an opaque finish is better. Their fuselage panels are the standard white we have all come to know and love.

Look outside the cabin window and focus on the wings. How would you feel about them being naked carbon fiber? Would they look any less strong to you? Again, it is not a question because aircraft manufacturers are content to stick with standard white. But just imagine what naked carbon fiber wings might look like.

Studying consumer impressions of opaque and naked carbon fiber would be a fascinating exercise in human biology and psychology. Such a study will probably never be done, but it would be interesting, nonetheless. In the end, how much carbon fiber weave do we really want to see?