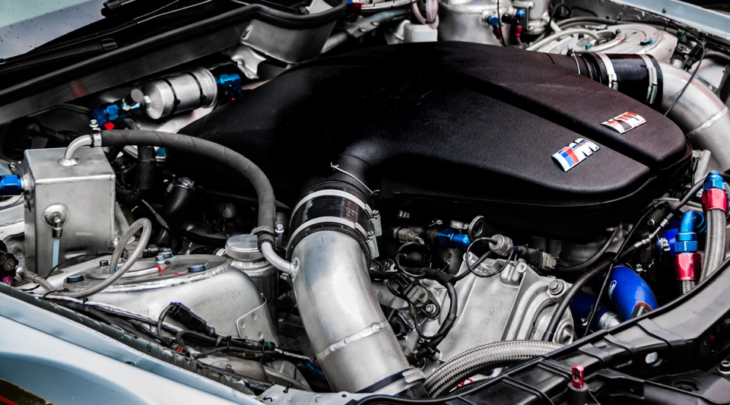 Today’s vehicles are so technologically advanced that we tend to take them for granted as a standard aspect of every day life. Vehicles in the past were a lot simpler and were mainly designed to get us from A to B without any extra additions. So, just how did motoring technology change our vehicles into the tech-focused models we see today? Used Range Rover Evoque dealership Grange vehicles investigates the matter in detail….

We don’t know what’s more surprising about how cruise control came to be — the fact the idea was first thought about during the 1940s or that it was invented by someone who couldn’t actually drive!

That’s right; inventor and automotive hall of famer Ralph Teetor was the brains behind a system where the speed of a vehicle is automatically controlled with a flick of a switch or press of a button. However, he had been blind since the age of five after a shop accident.

A lack of sight didn’t stop Teetor from noticing that when his lawyer was behind the wheel of a vehicle, he had a tendency to slow down when he was talking and then speed up if he was listening. Teetor found this inconsistency annoying, to the point that he started to look into whether a device could be developed which could control the speed of a car automatically.

While the first patent for this type of technology was filed in 1948, it would take a few additional patents for improving the original gadget and close to a decade after the initial patent before cruise control technology was fitted to the 1958 models of the Chrysler Imperial, New Yorker and Windsor. Of course, from that point on the devices began to be used by so many manufacturers on their vehicles.

Can you ever imagine driving from A to B along a route that you don’t know without a polite-sounding android advising you on the roads you should be on? However, it was only a couple of decades ago that motorists had to memorize directions before they got behind the wheel, or at least had a collection of fold-out maps in their glovebox to analyse whenever they took a break from driving.

We have to look towards the US military to understand the origins of sat-nav. This was because it was the US Department of Defense which developed the first satellite-based global positioning technology on behalf of the country’s military forces. Deemed TRANSIT, it was up and running as we entered the 1960s and involved the system using the DopplerEffect to calculate the position of the receiver in relation to satellites. As satellites could follow fixed trajectories at calculable speeds, scientists were able to use this data to pinpoint positions based upon short-term variations in frequency.

More refined and precise versions of this satellite-based global positioning technology was used by the general military as we progressed into the early 1980s, whereby multiple satellites were utilised. While GPS devices were also publicly available around this time — systems which use between 24 and 32 medium Earth orbit satellites that follow six trajectories for incredibly accurate results — they weren’t of much use. This is because the military added interference to the signals so that only their own version could be used with any precision.

As we ushered in a new millennium though, this would change as President Clinton ended four years of deliberations to sign a bill in 2000 which ordered that the military ceased scrambling satellite signals that were being used by members of the public. The era of consumer-based sat-nav systems had begun.

So many of us will now switch on the Bluetooth capabilities on our smartphone to play songs on our devices through our car speakers or make phone calls entirely hands free.

However, the name Bluetooth was only officially adopted in 1998 and the first handset using the technology was only shipped in 2000 — it would be another year before Bluetooth hands-free car kits started to hit the market too.

We must go a little further back to understand exactly where the concept of Bluetooth came from though. It was back in 1993 that Jaap Haartsen was employed as a wireless communications engineer for the Swedish digital communications company Ericsson. While in this job, Haartsen received the task to create a short-range radio connection that could enable new functionalities for mobile phones.

By 1995, fellow wireless communications engineer Sven Mattisson joined Haartsen and the duo were successful at creating multi-communicator links. Haartsen wasn’t finished yet though, with his work becoming more focused on piconet networks — a single piconet being the linking of two Bluetooth-enabled devices in order to establish an ad-hoc, short-range wireless network.

Heading into 1998, Haartsen left Ericsson and helped to set up the Bluetooth Special Interest Group. Over the next two years, he was the chairman of the SIG’s air protocol certifications group and played a part in standardizing the Bluetooth radio communications protocol.

Wondering where the name Bluetooth actually came from? Well, MC Link just didn’t seem to have a ring to it. Therefore, Jim Kardach, the head of technological development at Intel, proposed the moniker that we all know the technology by today in reference to the Danish king, King Harald Blatand. Often referred to as Harald Bluetooth — possibly due to his penchant for snacking on blueberries — the monarch was responsible for uniting the warring factions in what is now known as Denmark, Norway and Sweden. The idea is that Bluetooth technology shares a similar trait in that it unites devices from competing manufacturers, such as a mouse made by Microsoft with a computer developed by Apple.

It makes for an intriguing thought about not only what the next advancement in motoring tech will be, but whether such technology is already being tested or even used by other industries across the globe!